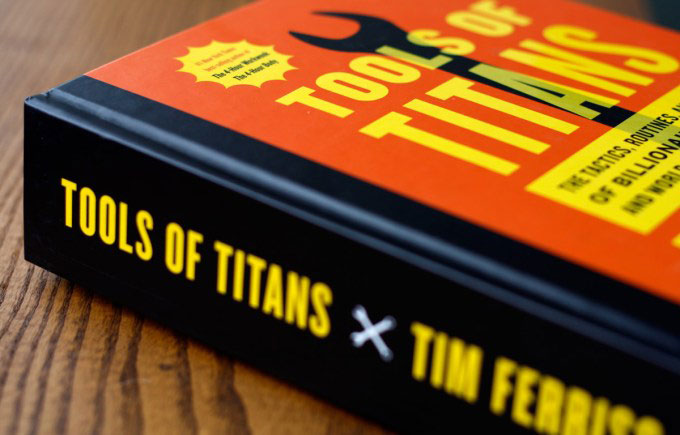 In 5 morning rituals that help me win the day:
Meditate. At least 80% of all guests profiled in this book have a daily mindfulness practice of some type.
It’s the more consistent pattern of them all.
It is a “meta-skill” that improves everything else. You’re starting your day by practicing focus when it doesn’t matter (sitting on a couch for 10 minutes) so that you can focus better later when it does matter.

In My two favorite exercises from Chade-Meng Tan, in his own words.
Just note gone. There is a simple practice that can greatly enhance your ability to notice the absence of pain, though it isn’t only concerned with pain.
With “Just Note Gone” we train the mind to notice that something previously experienced is no more. For example, at the end of a breath, notice that the breath is over. Gone. As sound fades away, notice when it is over. Gone. At the end of a thought, notice that the thought is over. Gone. […]
This practice is, without a doubt, one of the most important meditation practices of all time. Meditation master Shinzen Young said that if he were allowed to teach only one focus technique and no other, it would be this one.

If information was the answer, then we’d all be billionaires with perfect abs. TF: It’s now what you know, it’s what you do consistently.
How to thrive in an unknowable future ? Choose the plan with the more options. The best plan is the one that lets you change your plan.
“Busy”= out of control. Learn to say no. TF: Lack of time is lack of priority.

Scott believes there are six elements of humor: naughty, clever, cute, bizarre, mean, and recognizable. You have to have at least two dimensions to succeed.

Creativity is an infinite resource. The more you spend, the more you have.

“Success” needs not to be complicated. Just start with making 1000 people extremely, extremely happy.
TF: By “success”, he means “making a living”, not “making a fortune”. Creating 1000 true fans is also how you create massive hits, perennial mega-bestsellers, and worldwide fame. Everything big starts small and focused.

Some of Peter’s 28 laws are

“Make your peace with the fact that saying ‘no’ often requires trading popularity for respect.” —Greg Mc Keown, Essentialism

“I am an old man and I have known a great many troubles, bust most of them never happened.” — Mark Twain

GiveWell.org is a site that conducts in-depth research to determine how much nonprofits and foundations actually accomplish per dollar spent.

From Sam Harris on the power and liability of psychedelics:

I don’t think I ever would have discovered meditation without having taken, in particular, MDMA, but mushrooms and LSD also played a role for me in unveiling an inner landscape that was worth exploring…
He wrote a lenghty essay “Drugs and the Meaning of Life”.

Productivity is for robots. What humans are going to be really good at is asking questions, being creative, and experiences.
The people-to-people, person-to-person trumps anything else.
TF: very similar to Derek Sivers' don’t be a donkey rule. In a world of distraction, single-tasking is a superpower.

Don’t attribute to malice that which can be explained otherwise.
Don’t expect others to understand you: to blame someone for not understanding you fully is deeply unfair because, first of all, we don’t understant ourselves, and even if we do, we have such a hard time communicating ourselves to other people. Therefore, to be furious and enraged and bitter that people don’t get all of who we are is really a cruel piece of immaturity.

“Whenever you find yourself on the side of the majority, it is time to pause and reflect.” — Mark Twain